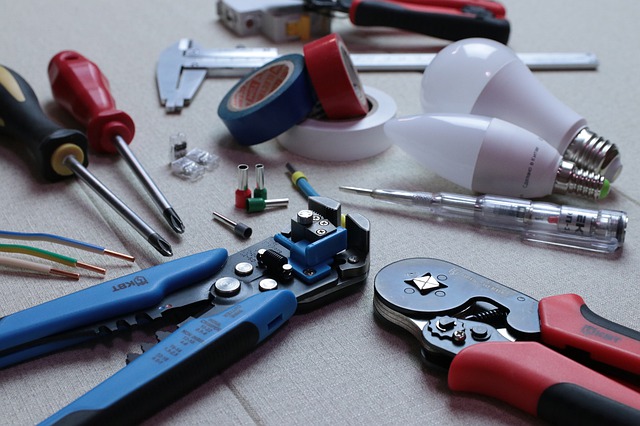 Ceiling fans are not only a stylish addition to any home, kitchen, outdoor, bedroom, bathroom or office space, they are also quite economical. This is because getting a ceiling fan helps to keep your energy bills down as they consume less energy than air conditioners.

A ceiling fan is a mechanical fan and is typically mounted on the ceiling of the room or space you want cool air to blow around and facilitate your comfort on hot days. Ceiling fans are usually powered by electricity and suspended from the ceiling by using hub-mounted rotating blades in order to circulate the air.

The cooling effect is achieved in the still, hot air of a room by the introduction of slow movement via the blades of a rotating fan.

Installing a ceiling fan by yourself is pretty uncomplicated as long as you follow the instructions that come with the fan carefully. It can also be quite fulfilling and enjoyable if you like do-it-yourself (DIY) projects.

Notwithstanding, working with electricity always means you have to take the necessary precautions of safety before you roll up your sleeves and get to work.

It’s important that you’ve turned off the electricity before you touch or work with any wiring which has an electrical nature.

One of the ways you can ensure you are safe is to make sure that any wires you will be working with are properly grounded. It also lessens the chances of you getting shocked badly by electricity while working.

A lot of newer homes come prepared with systems that are grounded and are incorporated in the electrical system of the house.

The ground wires may not be incorporated inside the electrical box if your house has a more traditional approach in the design.

For the purposes of this article, we will assume that you’ve gone ahead to remove any old light fixtures before you can install your ceiling fan.

In this article, we will also explain with easy to follow steps how to ground a ceiling fan properly and safely.

Grounding A Ceiling Fan In 8 Steps

Ensure your ceiling has a junction box, preferably a graded one, to be used by your ceiling fan. If this is not the case, you may be putting yourself in danger and at risk for a serious accident if your ceiling fan should accidentally fall.

When it comes to the issue of grounding wires, you have two ways to solve the issue.

The first one which may be quite expensive but is the superior option is to get your house rewired. If you go for this option, you will need to replace all existing wires with wires that incorporate ground wires. It’s also advisable that you get a ground rod installed in the exterior of your home.

The other solution for the issue is to get the ceiling fan wired minus the ground. (Click here to read How To Install A Ceiling Fan Where No Fixture Exists).

This is especially true if the parts of the ceiling fan made of metal become charged with electric current by accident. This also applies to other appliances or components fixed to the electrical system.

What we’re saying essentially is, if you go ahead and get your ceiling fan wired without any grounding, it will work just fine. The only disadvantage of choosing this option is the fact that the safety which the ground wire presents will not be available.

Should you choose to get your ceiling fan wired minus the ground wiring, then you can go to step 3.

Proceed to stand any brackets needed for you to get the ceiling fan hanged. 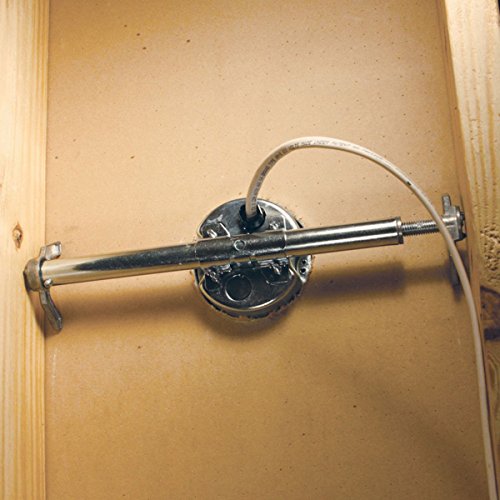 Click here to get the Hubbell Raco 936 Ceiling Fan Box and Support, 4 inches!

Now you can go ahead to set up the fan. Make sure you carefully follow the instructions from the manufacturer. Get the ceiling fan hanged from the mounting bracket. Make sure the blades are not attached while you do this.

At this point, you don’t have to be worried about the ground wire, at least not yet. The priority at this point is to get the electrical system in your house ground.

At this stage, you can get the ceiling fan ground to the electrical box. A wire used for grounding is usually a bare copper wire or green in color. With the help of a wire nut, join the ground wires coming out of the box to the wires coming out of the fan to each other. This can be achieved by twisting the wire nut to the right.

Once you’ve done, wrap each of the wire nuts using electrical tape. Now push the wiring into the box gently. 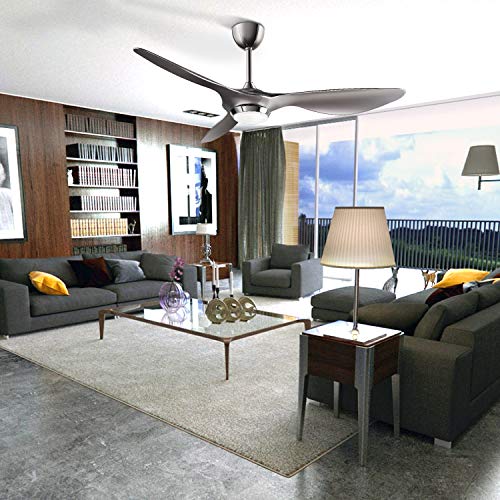 Click here to get the Reiga 52-inch Ceiling Fan!

Continue putting together your ceiling fan while closely following the instructions of the manufacturer as you keep assembling the ceiling fan.

Once you’ve finished installing the ceiling fan, attach its blade to it. Finally, if you have any additional pieces for decoration, you can add them to the ceiling fan.

To watch a short video describing this process, check out the video below:

Make Sure You Stay Safe While You Work

In order to ensure that you’re safe while working on grounding your ceiling fan, follow the safety precautions we’ve listed below.

1.   To lessen the chances of you getting shocked by electricity, make sure you’ve turned off the electric power at the circuit breaker before you start work. Please note that a circuit breaker is also known as the fuse box.

2.   Make sure that any wiring used is in compliance with the National Electrical Code including any local electrical codes. If an electrical installation is required, it’s advisable that you employ a licensed and qualified electrician to help you out.

3.   To prevent any damage to your ceiling fan and personal injury, be careful when cleaning the fan or working near the fan.

4.   If you need to clean your ceiling fan, don’t use detergent or water. A lightly dampened cloth works just fine to clean the fan. Alternatively, you can make use of a dry cloth used for dusting.

5.   When you’ve finished making any connections which are electrical, any conductors which have been spliced have to be turned upward. Once you’ve done this, you will need to push it carefully back into the outlet box. Wires should be spread out with the equipment grounding conductor and the grounded conductor to one side of the outlet box.

6.   To lessen any risk of personal injury, make sure you don’t bend the blade brackets which are also known as the flanges. This applies when you’re assembling them or when you’ve finished installing your ceiling fan. Also, don’t obstruct the path of the ceiling fan blades with any objects. 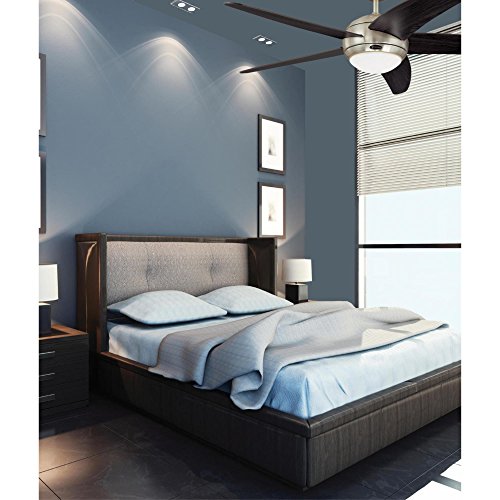 Why Is It Important To Ground An Electrical Current?

1.   It Helps To Direct Electricity

When the system which carries electricity in your home has been properly grounded, it means it will be easier for electricity to be sent directly to any part it’s needed. This ensures that electrical currents are efficiently and safely conducted throughout the home.

2.   It Guards Your Home From An Overload Of Electricity

This is part of the critical reasons your home needs to be grounded against electrical currents. It helps to prevent your electrical equipment such as ceiling fans, televisions, etc. from being fried if a power surge occurs.

If your house was ever struck by lightning or an unfortunate power surge happened, this means there will be voltages which are quite high and dangerous occurring.

Having your home electrical system grounded prevents this from happening because any extra electricity will be directed inside the earth. This ultimately means your electrical equipment will be protected from being destroyed.

3.   Earth Serves As A Great Conductor

Having the electrical system of your house grounded is due to the fact that the earth serves as the best conductor. Also, additional electricity usually tends to move in the path which has the least resistance.

When you get your home system of electricity grounded, you automatically provide the excess electricity with another path to take. This means it has no chance of going into your person which ultimately reduces your chance of being killed by a surge of electric current.

Like we’ve mentioned earlier, if your house system which conveys electrical current is not grounded properly, you risk any electrical equipment being seriously damaged. If this happens, they usually can’t be repaired.

In extreme cases, excess electricity can lead to a fire outbreak which can result in damage to property, personal injury and even death.